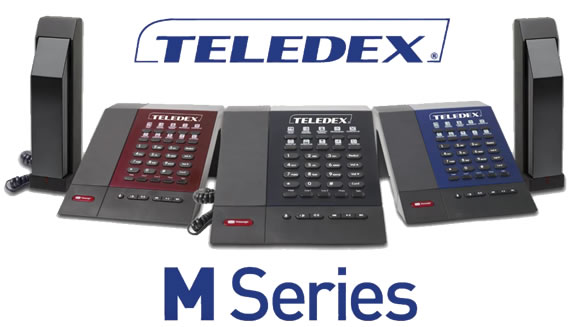 The Teledex M Series RediDock is the remote handset for Teledex's M Series cordless VoIP phone bases. Each handset has an integrated speakerphone. M Series remote handsets are available in two-line and single-line versions and between 0~6 guest service keys on the handset.