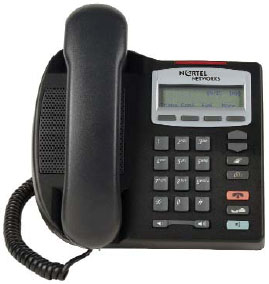 The Nortel IP Phone i2001 (Phase 2) is an entry level, single-line desktop IP telephone designed specifically for public areas such as lobbies, cafeterias, hallways, and break rooms. It is also ideal for low call traffic locations such as school classrooms and hotel rooms.