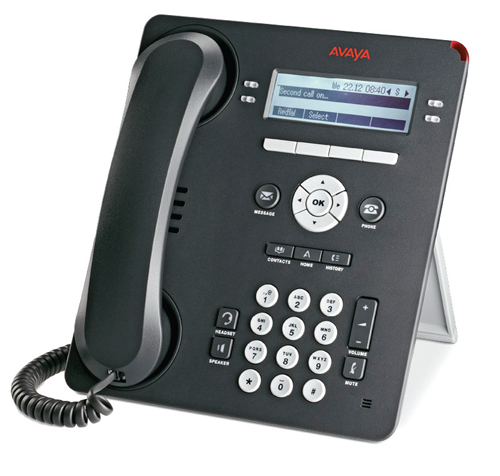 AVAYA 9504 DIGITAL PHONE - The Avaya 9504 Digital Phone is a cost-effective digital telephone that provides easy access to the most common functions needed for everyday use.

The Avaya 9500 Series Digital Deskphones allow small and medium sized businesses to deliver highly reliable, high quality, communication solutions for a range of user types within the organization. With an appearance and functionality similar to that of the well-established Avaya 9600 Series IP Deskphones, the 9500 Series can be deployed in mixed digital/IP telephony environments and are an ideal choice for companies wanting to add digital endpoints with a consistent look and user experience to their existing portfolio. The 9500 Series smart design, crystal-clear sound and productivity features make these phones an easy choice for companies looking to gain strategic competitive advantage from their communications infrastructure.